The game of 5000 is a popular dice game that exists in many forms. This version uses 6 dice and some criteria can be adj 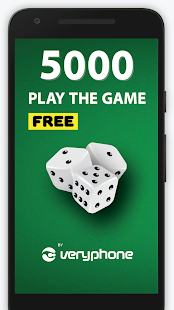 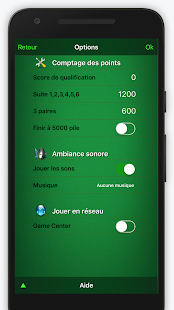 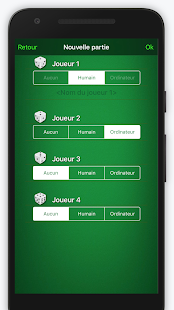 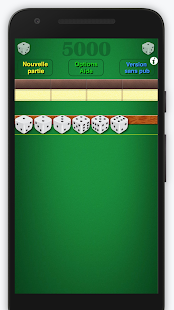 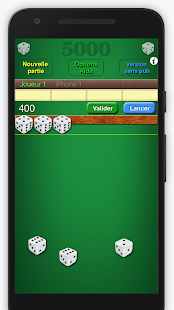 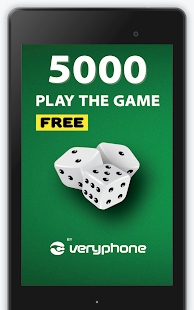 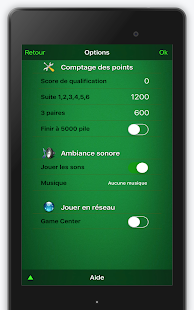 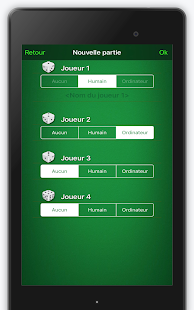 The game of 5000 is a popular dice game that exists in many forms. This version uses 6 dice and some criteria can be adjusted to meet various rules that exist around the world.
Rule of the game :
The goal is to reach 5000 points.
A player can roll the dice as long as he gets points.
If a throw gives points, the paying dice can be banked. The remaining dice can be relaunched or the player can decide to validate his points. Dice put in reserve can not be combined with the next dice throws.
If all dice are paying, the player gets a full house. It keeps the points accumulated during the previous full hand and must raise all the dice.
If a throw does not give points, the round ends and the score obtained in previous throws is lost.
To put a die in reserve, touch the die or move it in the upper area of ​​the carpet.
To remove a die of the reserve, move it to the playing area. Only dice throwing current can be removed from the reserve.

options:
Various options are proposed to pigment the parties or to adapt the game to the rules you used to practice.
– Qualifying score: give the minimum score to achieve before returning to the game.
– Suite 1,2,3,4,5,6: change the number of points for a suite obtained in a single run.
– 3 pairs: modify the number of points for 3 pairs obtained in a single run.
– Finish 10000 stack: to win, it will reach exactly 5,000 points, you can not validate the score if you exceed 5,000.

This article comes from the Internet and does not representludo gamePosition, please indicate the source for reprinting：https://www.xm530.com/15353/dice-game-5000-classic-free-apk/
2like
Label:Casino